The single most important skill you will ever learn is in itself an oxymoron.

It is dependent on your ability to vanquish procrastination and achieve something today with view to tackling the unknown that comes tomorrow.

As I’ve written previously it requires the drive to tackle the modern world head on: doing nothing has never been so easy.

Got a spare few hours?

They can disappear as quickly as unlocking your smart phone.

For me then this affords opportunity for those who have taught themselves the skill I allude to; to learn how to learn and have the desire to maniacally do so for the rest of your life.

Self-directed learning enables you to learn the skills that you are most passionate about and employ them in innovative way to achieve your goals and ambitions.

We no longer need schools, universities or teachers to spoon feed us the information you are paying to acquire

Find what interests you and expand your horizons through learning. Schools are irreparably broken, they teach you memory skills required to pass exams at the detriment of teaching you what it means to learn.

Some of history’s greatest geniuses have forgone university and typical routes of learning to teach themselves and become masters of their fields.

The majority never finished school, not one of them finished a degree course.

Instead they chose to follow their curiosity and educate themselves to become specialists in their respective fields by allowing their learning to be both self-directed and within the areas which were of strongest personal intrigue.

We can literally learn everything about anything and everyone with the pressing of a few key strokes. Wherever you turn on the internet there is the opportunity to learn.

From Wikipedia to Codecademy via Udemy, Edx, Duolingo and Courserathere is unprecedented access to education via learn as you read content, taught courses and self directed learning available to absorb however and whenever you wish.

This metaphorical drowning in information, I surmise, has resulted in a generation less inclined to pursue self-learning as they erroneously believe they can rely on the internet to provide every answer and solution.

As my library of reading has expanded the prevailing message from those who have achieved unimaginable successes is this: In order to achieve anything one skill is more important than everything else combined

Previously I have dismissed it as a disingenuous post rationalisation inserted to humanise the writer and make it sound as if anyone can achieve the successes they have enjoyed if they employ the same methodology.

But I have changed my mind after experiencing personal success having identified my goals and incrementally began working towards them, I too now believe anyone can achieve inconceivable success.

The message is as simple as it is effective; make goals and acquire the means to achieve them

Success doesn’t just happen, it arrives because you have unmercifully pursued a dream which was at first written words on a page or an imagined belief

The difference between those who have succeeded and those who haven’t is that one set out to achieve and the other has waited for it to happen blaming why is hasn’t on bad luck.

Good things come to those who go out and get them. Nobody achieved greatness waiting for it to find them.

How then can you become an autodidact?

Begin small and turn off the TV

Whether you start with 15 minutes a day on an app like Duolingo teaching yourself Spanish, change from Radio 1 to Radio 4 or consume a single video on Udemy each week, this small change can accumulate to meteoric advancement.

You don’t have to look very far to find reports warning that degrees do not prepare graduates for work.

Why not take an alternative approach enabled by modern technology?

Tools such as Linkedin can provide a window to the careers we seek.

Learn what those whose path we seek to replicate have learned, acquire the skills necessary for the positions you aspire to or the goals you seek to attain.

By doing so you have learned how to learn and acquired the skills necessary to achieve the ascent to the position you have planned. Make goals and attain them. 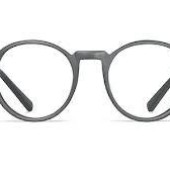 Kwame A. A Opoku

All stories by: Kwame A. A Opoku
GHANA’S KWAME A. A OPOKU NAMED ONE OF THE 100 OUTSTANDING LEADERS OF TOMORROW BY THE ST. GALLEN SYMPOSIUM
Why It is your Conscious Choice to Impact the Future or Not